The GMM strives to present the struggles of war from all sides, with a focused approach to: collecting, archiving, preserving and presenting artefacts; collecting and maintaining a library of audio/visual/printed interviews with those affected by war, particularly veterans; and educating the community as to the tragedy of war and the necessity of making every effort to prevent armed conflict. 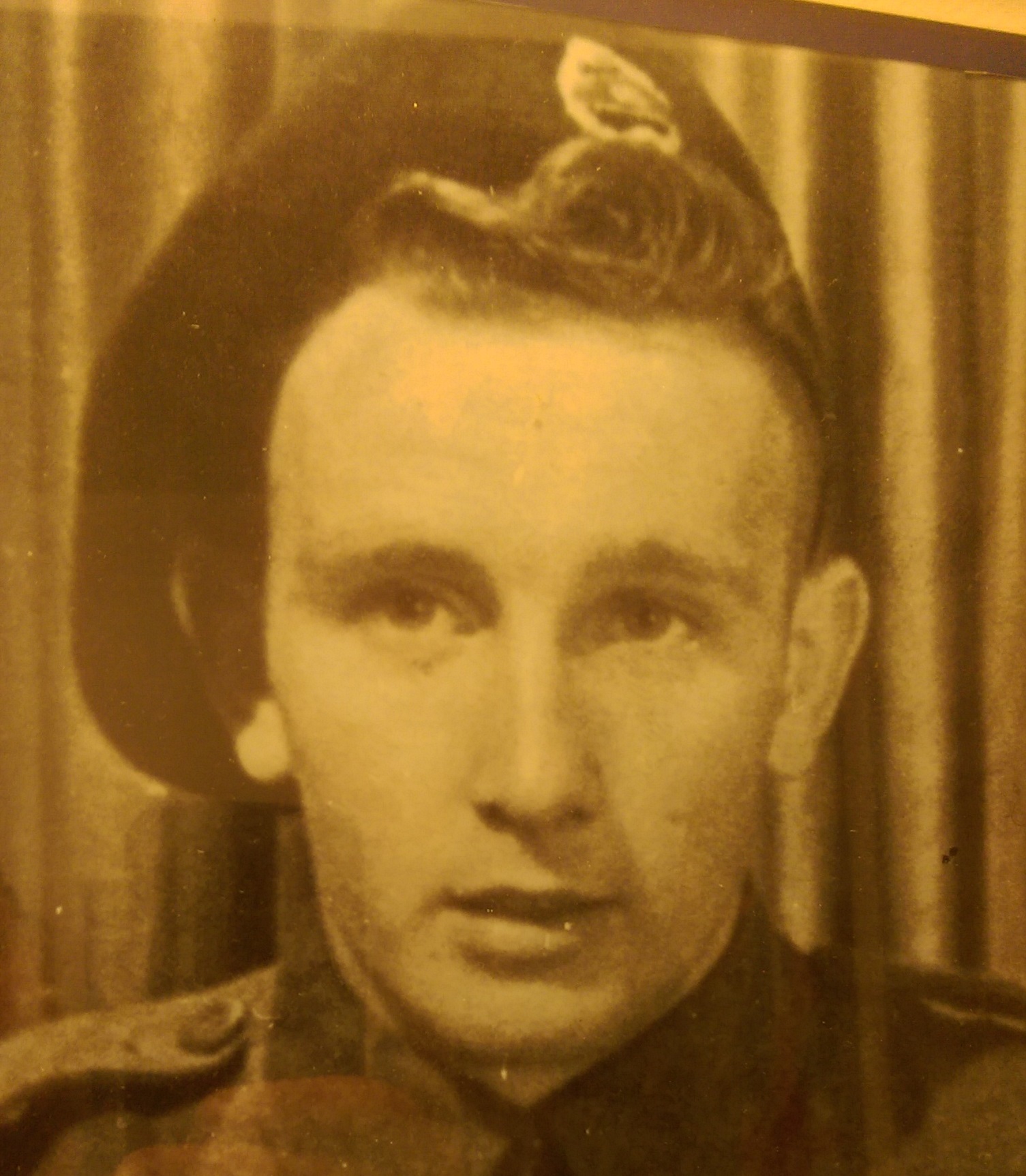 My name is Sam Doggart. And I served in the Canadian Army and I served in Italy and in Holland. I enlisted in 1943 at the age of 17.

First of all I joined the engineers and they released me for being too young. And then I went in and joined again at another depot in Toronto and then got in the Armoured Corps. Took my training in the camp at Newmarket. That's just north of Toronto. And after that I did my advance training in Camp Borden near the town of Barrie. And then from there I got shipped overseas. Got sent down to Italy in September, '43 and that was with the Armoured Corps. And then my older brother who was in the Irish Regiment claimed me to his regiment and then I became an infantryman with the Irish Regiment of Canada.

Well the most important battle I was in, it sticks in my mind for ever and ever, was the Battle of Otterloo, which is just north of Arnhem. We were heading north of Arnhem to go to the Zuiderzee and liberate the north end of Holland when we had a counter attack of about one thousand Germans coming in. I was with B Company and they came right through where we were and there was only about 35 of us there. And we fought all night and then our plane force come down about 4 o'clock in the morning and saved our skin, more or less. And it was all over about 5 o'clock in the morning and there was 200 enemy dead and we only had lost 7. That was pretty good for that one fight. We had liberated the town at about 11 o'clock in the morning. Sent out a patrol because some civilian said there was some enemy down in one of the farm houses, patrol went out and run into an ambush.

Two of the guys got killed and then two come back. Then all of us went down, took the whole company, cleared the brush where the attack took place and ended up taking another 58 prisoners there. And that counter attack came in about 11 o'clock at night and it came in because the first division which had taken Apeldoorn were squeezing the enemy and they were facing towards us without us knowing it. After we had taken the town and we were getting rid of some of the obstacles that were in it, somebody took a picture of the group of us, B Company 11 Platoon and we all decided we would sit up and stand around the tank for... and get our pictures taken that way.

All the time I was in Holland we were clearing town after town after town until I got shot by a machine gun. And then they just shipped me to England and I was in the hospital there until August. They claim that when I got wounded and my buddy got killed, that this was the last shots fired in the liberation of Holland.

We moved into the town of Otterloo on the morning of April 16th, 1945 without too much opposition. Word came down that there were some enemy soldiers in a farmhouse about one-half mile down a road leading from town. B Company of The Irish Regiment of Canada sent out a patrol to investigate; they were gone about twenty minutes when we heard gunfire in the distance. When some of the patrol returned, they told of an ambush in which Lieutenant Keely and Private King were killed. The commanding officer of B Company, Major Bill Elder, told the sergeant major to take a couple of platoons, go to where the patrol was ambushed, and capture any prisoners we could find and take them to Headquarters for questioning.

So off we went, following a tank of the Governor General's Horse Guards. We reached a wooded area where the ambush happened. The Sherman tank opened fire with tracers which set some of the bush on fire. We then spread out and entered the woods.

After about 10 minutes I found a couple of Germans hiding under a bush and ordered them to come out. When they did, my buddy and I searched them for hidden weapons. Finding none we went through their papers and were surprised to find one was a boy of fifteen who had only been in the army for thirty days, while the other lad was sixteen years old and was only two months in the army.

My buddy, who could speak German, told me the lads told him they were Hitler Youths and their commander, an SS Officer, told them not to surrender, as the Canadians will only kill you. After their capture, we marched them back to the road where the tank was and turned them over to the Military Police.

After that our platoon finished clearing the wooded area from where we captured a total of fifty-​seven prisoners who were mostly Hitler Youth, and only three were older than twenty.

We arrived at an open area where there was a cluster of houses and approached one of them. As I came closer, the door opened and a man and a small boy stood there in the entrance way. The man, who spoke English, asked us to come in. So with rifles at the ready, we entered the house. To my surprise, he gave us a small bowl of preserved cherries which he said he was keeping for a special occasion and since we had just liberated him, he could not see a more fitting occasion. Eric, my partner, reached in his pocket and produced a chocolate bar that he gave to the boy. After we finished the cherries, we thanked him and told him to hang on for a couple more days until we could secure a position here.

We returned to the town of Otterloo where our new officer, Lieutenant C.H. Clawson, told us to take it easy as we were in reserve for a day or two. My section settled in an empty house next door to a building that had been destroyed by shellfire. It was the first time in about a month that I took my boots off, or any of my clothes for that matter.

We settled in for the night. Then along about eleven o'clock we were awakened by mortar fire, and here we were in our long-johns half naked. We managed to get dressed in about thirty seconds flat. I climbed out the window and started to dig a slit trench as fast as I could. A German patrol passed by and ‘Red’ Senior, our Bren gunner, opened up and all hell broke loose. I could hear the lieutenant shouting “surrender you are surrounded” to the Germans but all they did was shoot him. Then a scout car was on the road putting up artificial moonlight and one of the men was yelling “over here Harry”, directing him what to do while shells and bullets were flying everywhere.

What a comedy of errors. A Churchill tank that was parked on the side of the road, started to fire his Howitzer at us. Nix, who was digging with me, ran to the tank, climbed upon it, opened the hatch, and with a hand grenade in his hand yelled at them and told them if they didn't stop firing at us he would drop the bloody hand grenade inside and close the lid.

The 17th Field Regiment, Royal Canadian Artillery, which was our support, was firing their 25-​pounders with open sights as the counter attack was in full force. When the enemy closed in on them, they removed the breeches from their guns so Jerry could not turn them on us, and retreated back to town as they were situated in a field just outside a wooded area north of the town.

The fighting continued all night until about 4 AM when the support company arrived with their ‘wasps’. A wasp is a Bren gun carrier equipped with flamethrowers. The wasps started to fire at the approaching enemy. At first light, it was all over and about 200 enemy dead lay about the approaches to the town and another 22 were captured